Q3 PhD update – Less than 3 months left in the lab!

September has been so it’s time to update you on how things are going generally with winding up my PhD project.

Unfortunately, my papers still haven’t been submitted, again due to not getting the biology numbers I need but things are starting to come together. That said, I did get my FIRST EVER publication which included some work I did in my undergraduate three years ago.

The researcher I made a molecule for as part of my MChem degree has been able to use it to learn about how cells recycle their unwanted proteins etc. in a process called autophagy. It’s quite unusual to get a publication from undergraduate work so it was quite a proud moment. I’m looking forward to hopefully sharing some papers in the future from my PhD project. 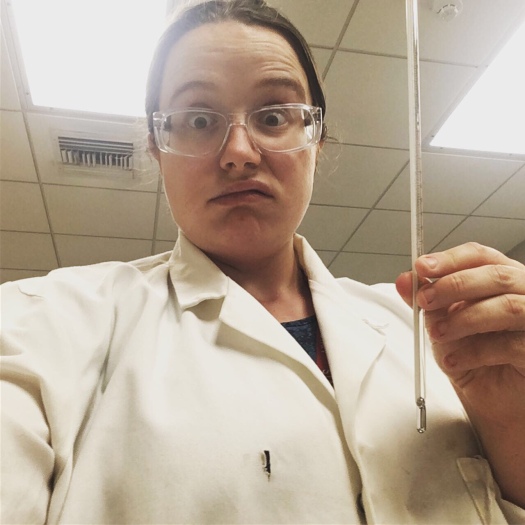 In terms of chemistry in the lab, my productivity has shot through the roof but I think that’s down to two things. One, my self-imposed deadline of finishing all “new” stuff by the end of October. I’m definitely someone who works well under pressure, but part of me wishes I’d had some of that urgency a few months ago!

Two, I’ve homed in on a few chemical reactions that generally work well so I’m churning out more compounds than usual because I have far fewer failed reactions. I need to watch this doesn’t lull me into a false sense of security that I can do chemistry and want my next job to be a lab-based role.

While it’s true I’m good at doing this particular type of chemistry, it’s relatively easy stuff compared to other reactions I’ve done. I haven’t yet forgotten the long hard months at the start of this year where I was trying to bring through those compounds that I’d struggled to make for months and that was not a fun period of the project. Now that I’ve decided to ditch them, I’m in a nice place in the project where, if a compound can’t be made, it just can’t be made with the methods I’ve tried and that’s what I’ll say in my thesis.

It’s been relatively quiet on the science communication front as it’s been the summer holidays and most of the things I do with Sussex are generally term time. I’ve agreed to do one more science fair in October, called WonderFest, a new event in Brighton, where I’ll be running an activity about how drug design is starting to use Artificial Intelligence to speed up the process of developing new medicines.

The one activity that I was part of was the Night Owls event at the London Science museum. It involved the museum staying open a bit later than normal to enable those who’d prefer to go around it when it’s a little quieter which I think is a great thing to do in terms of making science more accessible, particularly for neurodiverse people. We had a great time playing with lego to explain the concept of drugs needing to be the perfect shape to fit into protein enzymes in our cells to halt certain biological processes.

The latter was quite fun in a way as it was a bit like a Eurovision Song Contest but for early career medicinal chemists. The speakers had all won the “best talk” prizes at their respective national young medicinal chemist meetings, and we voted for the ones we thought were most interesting at the end. Aside from a very warm and sunny week and I suffered a few mosquito bites, it was nice to travel to a city I’d never been to before, while I still could with minimal visa hassle (cough, won’t be the same after Brexit, cough).

September has brought the summer holidays to an end and I am now daily playing the fun game of trying to get on a bus with 10,000s of other students who are back in Brighton for the new term. Campus is so busy! I’ve decided to take a break from teaching this semester so I can focus on finishing up in the lab.

On a different note, I was also getting counselling over these months from Macmillan Cancer Care. I’ve mentioned on my Instagram about the “cancer fatigue” I sometimes get from defending my research field and why it’s highly unlikely we’ll find a single cure for all cancers. I also feel like cancer is following me around sometimes with the number of people in my life who have been diagnosed with some form of the disease.

It’s been useful to talk through my own cancer patient experience and when I talk about cancer as a researcher. I’ve been able to come up with strategies of dealing with situations without getting too overwhelmed. Unfortunately, I had to put those things into place very recently when someone I grew up with from home passed away from a cancer that wasn’t responding to treatment. It’s been a very hard couple of weeks, especially living so far from home. Serendipitously, I held a Macmillan Coffee Morning in my research group’s coffee room to raise money for this who provide so many helpful services for people like me and others affected by cancer.

In some ways, these recent events have given me new focus to get on and finish my project. New papers are coming out about the enzyme I’m studying with even more confusion about what it does – I’ve read about it being linked to inflammation and even heart failure recently, besides the several different types of cancer! So, I’m determined to finish the project well to help people working on my enzyme get a step closer to figuring out its precise role in cells with some of the molecules I’ve made.

In a few weeks I will stop trying to make any new compounds and use the last few weeks before Christmas to take stock and check I have everything I need to write up my thesis. Time is flying and while I have been looking forward to reaching this point in the PhD for so long, the pressure certainly is on!

How have you been the last few months? Are you getting back into the swing of things? Do you work well under pressure? Let me know in the comments below.

Hi there! Thank you for visiting my blog. My name is Fiona Scott. I am a PhD student at Sussex Drug Discovery Centre, based at University of Sussex on the south coast of the UK. I enjoy sharing my love of science and the highs and lows of PhD life on this blog – and also on Twitter and Instagram.