This is the last year I’ll be spending in the lab before writing up my PhD next year. I thought it would be useful for me to blog where I am now and what I still need to do in terms of my research about once a quarter. Now that we’re at the end of March it’s time to review the last three months! 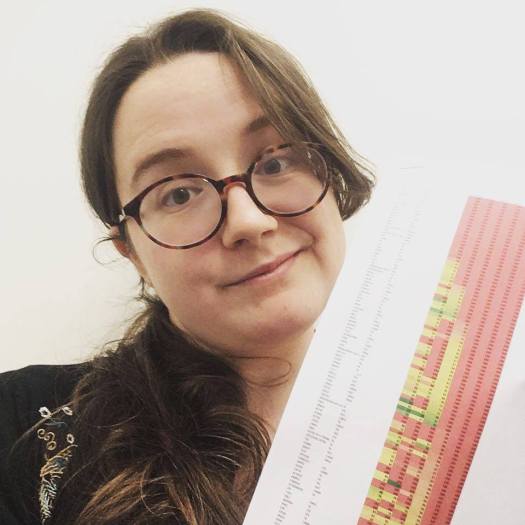 Third year started off with a bit of a rollercoaster. I had received some data back just before Christmas that I had been waiting about six months for. Most of the time I’ve been seeing how good my molecules are at shutting down one or two kinase enzymes. This experiment was slightly different in that it tested my six best molecules against hundreds of them – about 400 of the 518 found in the human body.

When I got the data back I thought it was bad news: the numbers were big for a lot of my kinases and I assumed that was a bad thing. I thought my molecules shut down far too many other kinases in addition to the one I wanted them too. This is typical of a kinase project because kinase enzymes are very similar in their shape.

It wasn’t the end of the world because I was still contributing something new to the field – you can’t drug my particular kinase. I started planning final experiments to make a few more compounds that would nicely round off my thesis to show I had tried all the sensible versions of my compounds as well as some potential new ideas to try and salvage my project.

Unfortunately, it took my collaborator who had organised the experiments a few weeks to get back to my e-mails for him to tell me I had my numbers mixed up! In this particular experiment, big numbers were good news! Very good news in fact! My best molecule only shut down 9/400 kinases.

It was a huge relief in some ways that my project wasn’t, in fact, dead, but I was annoyed I had wasted a month taking my project in a completely different direction. What encouraged me though was the amount of stuff I had learned over the past couple of years and how I was able to come up with a few options for my project by myself.

Since then I’ve been working on some molecules that will round of ideally two chapters of my thesis, saying goodbye to two sets of compounds I’ve made that haven’t worked quite as well as the others. This has proved quite tricky as I’m trying to make a molecule no one seems to have made before – and as the weeks of failed chemistry go on, I can see why!

Once I get these molecules out the way I can focus on making smaller changes to my best compound to tweak it so that it only hits 1 kinase. That way when biologists use it they can be sure when things happen in the cancer cells they treat with my molecules, they can be relatively sure whatever change they see is due to shutting down that particular kinase.

I’m about to send away a set of compounds that will determine how long my chemistry route is going to be to each compound. At the moment, the best compound requires 9 individual chemical reactions to get to the final compound which is a lot of work for each compound! It’s because of a nitrogen atom present in a particular place that the chemistry is so longwinded.

I was able to make molecules that removed that nitrogen or moved it to another place in my compounds and swapped it for a carbon atom which reduced that chemical route to 3 chemicals steps! I’m hoping the version of the molecule where I’ve moved the nitrogen to a slightly different place will allow me to keep using a shorter chemical route, otherwise, it’s back to the long route I spent ages on in first year!

In the middle of March I attended a conference called Mastering Med Chem that was being held at the site of a pharmaceutical company called Eli Lilley based in Surrey, just a couple of hours up the road for me. I went to the conference last year and I was really encouraged coming across familiar faces and having a greater knowledge of the field in the talks I was listening to. To get a special discount I took a research poster with me and hovered beside it during coffee and lunch breaks just in case anyone wanted to talk about my research with me – which a few people did!

Across all my channels (Twitter: @fi0n0 and Instagram: @thechemistryofaphd and on this blog) I started my #positperiodictable series where most weeks I post about an element of the periodic table to mark the 150th anniversary of Dmitri Mendeleev presenting his method for organising the elements to the world. I’ve managed to post the first 6 groups so far, 18 plus the f-block of superheavy radioactive metals to go!

I have also been trying to collect all the data for the molecules I made between October and December last year. I just have three more compounds to finish, then I can write up that bit of my thesis. I’m glad I’ve stuck with writing this part of my work up in thesis style, called the experimental section because it will save me a lot of time in the future.

So, in summary, after briefly thinking my PhD project was over, I’ve been trying to make some compounds that will round of large segments of my these I’m nearly there, and I think after the ups and downs of January, I don’t think I’ve been as motivated to be in the lab as much as I could have been but hopefully the next quarter will be better.

In terms of other things that happened this quarter, I enjoyed a short surprise holiday to Vienna with my partner, celebrated my 26th birthday, played in the Royal Albert Hall and got to do some fun science communication stuff on campus and in the London Science Museum so I’d say it’s been a pretty good few months. Just need to get on with the science I’m supposed to be doing!

How’s the start of 2019 been for you? Any highlights or challenges? Let me know in the comments below.

Hi there! Thank you for visiting my blog. My name is Fiona Scott.

In 2020, during Covid-19 lockdown, I finished a PhD degree I had carried out at University of Sussex, UK. My project involved making drug-like molecules for targeting a process we don’t fully understand yet.

I enjoyed sharing the highs and lows of PhD life on this blog and my instagram account. You can now follow my writing adventures at fionascottwrites.com.